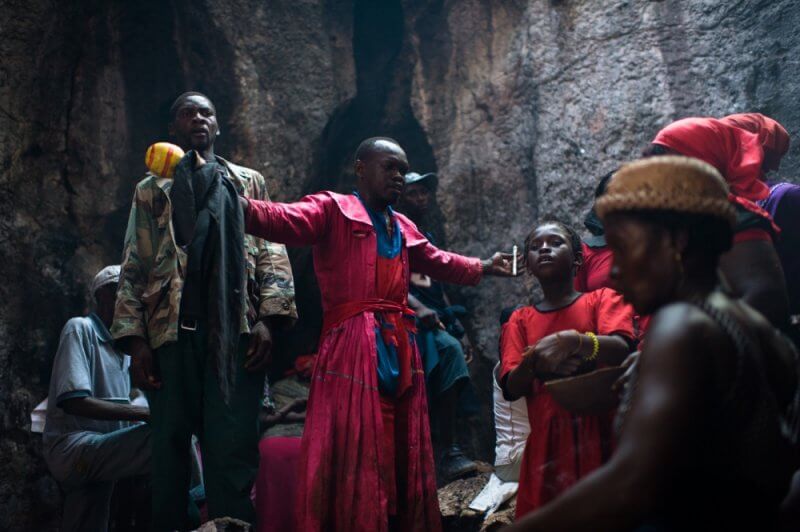 What comes into your mind when someone says the words voodoo spells? For many people, this is a word that depicts fear and witchcraft that hurts others. Even though many people may say ugly things about these spells and make others think in terms of voodoo spells put on my life the reality is that Voodoo is not as evil as it has been made to appear.

If you have ever searched on the internet to find out what Voodoo is, you will have noticed that the word is used to refer to different things. I have seen it used to denote aircraft such as the Voodoo Aircraft of America. I have also seen those who use the word to signify an expensive brand of computers while other countless musicians have used the term as the names of their albums.

In our case, the term voodoo denotes an Afro-American religion. When we think about Voodoo as a religion, we look at the like of Brazilian Vodum, Cuban Vodú, Haitian Vodou, and Louisiana Voodoo, among many others.

The origins of the Voodoo religions and other concepts linked to it such as Voodoo spell songs and Voodoo shoe spells can be traced back to Africa. Why then has it come to be referred to using different names? The answer is simply that the Voodoo religion is unlike other religions such as Islam and Christianity. It is not based on a single book that has a set of laws. The different variants of the faith are different interpretations of the religion.

What then are Voodoo spells?

It follows then that Voodoo spells are a form of magic that is linked to the Voodoo religion. People who believe in this way of living start by accepting that there is a life after death. They are convinced that when our ancestors die, they take the responsibility of looking after us. Like other religions, Voodoo believers accept the presence of God. However, they differ in that they believe that God does not interfere in the everyday lives of humans. God only acts through Voodoo practitioners and ancestors.

Why Voodoo has a bad name

I would not have done justice if I did not explain in this article why Voodoo has such a bad name and is always associated with the likes of Voodoo vengeance spells and Voodoo revenge spells. The answer lies in its origins.

As a religion which originated in West Africa, the faith traveled with the slaves when they were taken to the so-called New World where they toiled as slave labor. As they arrived in the New World, some of the slaves did not abandon their traditions eve when they were forced to embrace Catholicism. However, their religion was often looked down upon with some people saying that they were worshipping evil Gods. Everything they did was seen as evil if they were not following the ways of the New World.

The idea that such practices as casting Voodoo love spells using hair are evil was taken by the media which ran with it. This is the reason why you would find that most of the Western writers who write about Voodoo will often write in a negative light. Those who make horror films also make sure that the word Voodoo is somewhere in the mix. That simply is how Voodoo spells got a bad name.

Can Voodoo spells help you?

I am sure that now you have an idea that Voodoo spells can be beneficial to those who believe that they work. If you have been buying lottery tickets but never seeing the fruits of your efforts, try using Voodoo spells for lottery. Even if people tell you that such spells do not work, what do you have to lose is you tried?

You may have the skills and qualifications but still, struggle to get a job. The truth is that there are negative spirits that prevent you from landing the job of your dreams. You even see people who are less intelligent than you getting well-paying jobs and living their dreams. Try using African Voodoo spells for jobs and cleanse yourself of the bad luck that follows you into every interview.

Where do I start?

Whether you got to this article by searching for Voodoo spells Houston or free voodoo job spells, you should be proud of yourself. The reason why you need to be satisfied is that you are no longer sitting and feeling pity for yourself. You have decided to take matters into your own hands by looking for help. Never let anyone make you feel ashamed of yourself for doing what is right for you.

What will you lose by trying these spells? If you tried them and they work, you would have solved a challenge in your life. If you did and they didn’t work, at least you will know that your opinion is not just based on someone else’s opinion but your own experience.

How Long Does A Love Spell Take To Manifest?